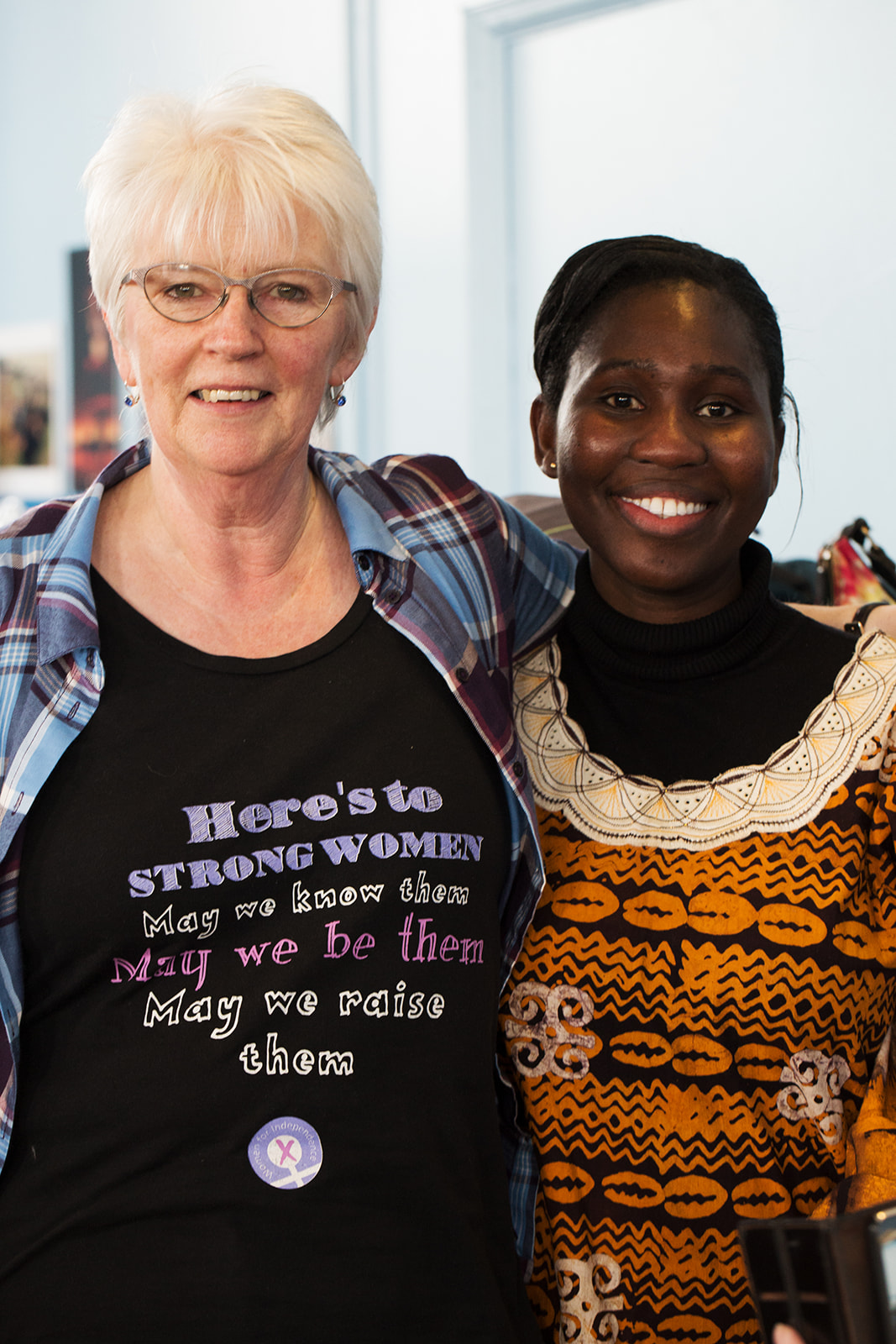 “My personal and political commitment is to a Scotland where everyone living here is welcome and treated with justice and fairness. I’ve lived in Maryhill all of my life, over the past few years, via the media and reflecting on the Gospel during Sunday Mass, provided opportunities to be more aware of the plight of refugees and asylum seekers. While I’ve taken part in fundraising activities in support, I became increasingly aware that I did not know any ‘New Scots’ living in my own city.
I canny really sing but I wanted to have a go via a community choir. My husband sings in a men’s singing group and told me he had met the women from MIN’s Joyous Choir at an event and that is how I first went along in September 2018. Being part of the choir, I feel I offer a friendly face to the choir members coming from other countries, to put out a hand of friendship to all my neighbours. I try to offer some of the women whose English is not good the chance for simple conversation so that they can practice speaking. One challenge for me is that I like things to be orderly and for things to happen on time. I have had to learn to be more patient. I have found choir practice to be chaotic at times; the choir leader has the patience of a saint! The reason for the chaos is because most of the women, coming with all that they bring from being an asylum seeker/refugee, are trying to look after babies while taking part in the choir, being called out to see to children in the creche, or are sometimes late from travelling long distances on public transport or walking from other parts of Glasgow with kids in tow to get to the choir.

Overall, it has been a humbling experience for me. Why do we do it?  We all come to the Joyous Choir to sing, for that feeling when it all comes together and sounds wonderful!  We come because it’s fun, because it is moving and when we sing the usual last song “Goodnight Sisters” with our arms around one another, you really feel warmth and solidarity with one another. Highlights of my involvement in the Joyous Choir have been learning new songs, I think my singing has improved.  Performing at events with the other choir members has also boosted my confidence. Seeing some of the more experienced members, leading the choir when our usual leader has been unable to come along has been brilliant.  Going for coffee and a chat with two new friends felt great. A recent highlight for me was when the choir sang at an event organised by The National Advisory Council For Women and Girls in Scotland. I sang “my name is Christine, I come from Glasgow and these are my sisters”, everyone in the audience stood up and clapped in agreement. That is the kind of Scotland I want and the Joyous Choir is important to me in realising this.”

Celebrating diversity and bringing communities together through art, social, cultural and educational projects.

We would love to see you TOMORROW (2pm - 4pm) at the @thegladcafe for ‘Moving Minds’ - a FREE multi-arts event organised by the @mhfestival. We will contribute by performing some poems from our booklet 'In our Shoes'. Register and find out more here: https://t.co/mSZUjwLMek

We're so excited to see the #RefugeeFestScot posters designed by our Museum of Things Art Project on display!